Have you ever heard that veganism might just have the ability to save the world? The Oxford University study suggested that a worldwide veganism can reduce the globe’s carbon footprint by up to 70% and can save hundreds of billions in healthcare. We must admit that these numbers are pretty impressive, but what impact would it have on the economy and farming and how realistic is it to suggest the world go vegan?

So, to help answer those questions, the team over at Vice asked three experts just what would happen if the entire of Britain were to go vegan.

Veganism is the Best Way to Combat Climate Change

Timothy Lang, Professor of Food Policy at City University weighed in with some interesting thoughts on farming and the economy. “We should have a 30-year plan”, says Lang. Talking of our current reliance on animal agriculture he claims that it will take 50 to 70 years to get out from the mess we’re now in. Lang believes that it’s not a matter of if Britain changes the farming system, but when. Timothy Lang claims Britain has to change in order to combat climate change and move towards a more sustainable farming system. The politicians are frightened, he says but they have to address this issue. Lang believes that Britain needs to increase its horticultural output and that there have to be consumer culture changes.

Veganism can reduce greenhouse gas emissions up to 35 %.

Professor Nick Hewitt of Lancaster University in support of Lang’s assertions shared his expertise regarding the effects of our diets on the environment. Hewitt claims that the principle reason that the UK produces so many greenhouse gases in the food industry is cows. ”Cows chew grass and digest it in conditions in the stomach without oxygen, and that releases methane”, states Hewitt. If everyone stopped eating meat, the food-related greenhouse gas emissions would reduce by about 35 %. Hewitt claims that the transportation of food has a relatively small impact on air emissions. So, the biggest lifestyle choice you could make to reduce greenhouse gases is to stop eating meat.

Veganism is the best choice for your health.

What would this mean for Britons’ health? Ian Givens, Professor at Reading University claims the biggest change in the UK would be the prevalence of colon cancer. Currently, colon cancer has the highest frequency of any cancer that’s available to both men and women. Givens also notes that vegans have generally lower BMIs and are less likely to become obese. Ian Givens did have some concerns about iron intake, which is already a problem amongst meat-eaters. However, there are plenty of vegan sources of iron without having to rely on supplementation. He also mentioned the need to supplement vitamin B12. But this vitamin is currently recommended for everyone regardless of diet and is only obtained through meat due to the supplementation of livestock.

The picture of a meat, egg, and dairy free Britain seems to be a brighter one. Nevertheless, unless politicians heed Lang’s warning, the UK is set to fall short of its future environmental goals. 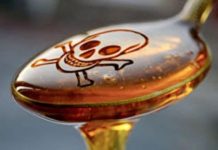